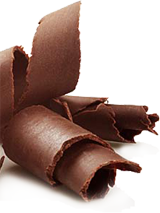 
Consumption of a flavanol-rich chocolate product may ease the symptoms of chronic fatigue, according to a new study by researchers from the University of Hull in England.
Results of a small double-blind, randomized, pilot crossover study with ten individuals indicate that daily consumption of a high cocoa liquor / polyphenol rich chocolate significantly improved symptoms of chronic fatigue after eight weeks, compared with a cocoa liquor free / low polyphenol chocolate.
"As both types of chocolate were iso-calorific and had similar glycemic indices and loads, it is likely that the improvement was due to the high polyphenol content within the active chocolate, rather than a difference in of the micro or macronutrient the composition of the two chocolates," wrote the researchers in Nutrition Journal.
"The significance of the results is particularly surprising because of the small number of subjects in the study," they added.
Chronic fatigue has been associated with a range of biological systems amongst which oxidative stress is one of them. According to the Hull-based researchers, the benefits of chocolate may be due to the flavonoids protecting cells like neuronal cells from oxidative stress. They note however that additional studies need to explore this mechanism further.
Tasty benefits
The health benefits of polyphenols from cocoa have been gathering increasing column inches in the national media. To date studies have reported potential benefits for cardiovascular health, skin health, and even brain health.
Scientists active in the area are keen to stress that chocolate and cocoa are different terms however, and not interchangeable. According to a review published in the British Journal of Nutrition, "cocoa is the non-fat component of cocoa liquor (finely ground cocoa beans) which is used in chocolate making or as cocoa powder (commonly 12 per cent fat) for cooking and drinks.
"Cocoa liquor contains approximately 55 per cent cocoa butter and together this comprises cocoa solids, often referred to on chocolate packaging. Chocolate refers to the combination of cocoa, cocoa butter, sugar, etc. into a solid food product," added the reviewers.
The benefits of the bean are reported to revolve around the flavanols (also known as flavan-3-ols or catechins), and particularly the monomeric flavanol (-)epicatechin.
Study details
Six women and four men with an average age of 52 and chronic fatigue, as measured using the Chalder Fatigue Scale, were assigned to receive eight weeks of either the high or low chocolate, followed by two weeks of washout and cross over on to the other intervention. The study used chocolate provided by Nestle PTC York, UK
Results showed a significant improvement in Chalder Fatigue Scale scores following the high polyphenol chocolate intervention, whereas a deterioration was observed in the low-polyphenol chocolate intervention.
"Since there was a consistent improvement of symptoms with high cocoa phenol chocolate and deterioration with iso-calorific chocolate, a placebo effect is unlikely," stated the researchers.
"Moreover, the taste panel of healthy people before the study could not differentiate the taste between high cocoa and iso-calorific chocolate.
"In summary, this study suggests that consuming high cocoa polyphenol rich chocolate 15g three times daily has a beneficial effect in improving fatigue and residual function in subjects with chronic fatigue syndrome over a period of 8 weeks compared to simulated iso-calorific cocoa mass free/ low polyphenol chocolate," they concluded.
Source: Nutrition Journal
2010, 9:55, doi:10.1186/1475-2891-9-55
"High cocoa polyphenol rich chocolate may reduce the burden of the symptoms in chronic fatigue syndrome?
Authors: T. Sathyapalan, S. Beckett, A.S. Rigby, D.D. Mellor, S.L. Atkin
The full text of the article can be accessed here.


"Chocolate... A source of vitamins and valuable energy!"

That is how London University Professor Ian MacDonald characterized chocolate in his speech at the Greek Union of Chocolate Industries.
He added that chocolate also contains a variety of minerals that are essential to good nutrition. These include calcium, phosphorous, magnesium, iron, zinc and copper.
He also said that clinical studies have shown that prolonged consumption of cocoa butter and/or chocolate has a neutral effect on blood lipids.
New research into flavonoids, which are found in chocolate, has shown that they can be very beneficial for our heart and can reduce the risk of cancer. In fact, the flavonoids in chocolate are actually more effective antioxidants than those in tea.
Comparing the chemical anti-cancer activity in beverages known to contain antioxidants, they have found that cocoa has nearly twice the antioxidants of red wine.
The fat in chocolate, from cocoa butter, is comprised almost equally of oleic acid, a monounsaturated fat, which can be beneficial to health.
To sum up Dr Ian MacDonald pointed out the fact that chocolate must be consumed wisely and that it is important to follow a balanced diet, which includes exercise.

Get our latest news.

If you want to get updates on the newest NuCrema activities, sign up for our newsletter.